*Contains Strong Images*
New Recital is a poem I wrote in response to the formation of the coalition government in 2010. I recorded it in the wake of the student fee protests earlier this month where I perform the poem over The Temptations, Papa Was A Rolling Stone.
The video footage that accompanies the piece shows clashes between Police and Poll Tax protesters in 1990; 20 years prior to these most recent protests against Conservative money-grabbing. However, this video is not meant to incite any violent actions, but instead, offers a mirror up to those on both sides of the divide. What I find interesting is how the Police in 1990 seem more openly brutal, but , due to their inferior 'kit' they appear less threatening than the modern day storm-trooper riot Police we are used to seeing at peaceful protests. Perhaps it is the portrayal of Police through our media networks that masks the brutality that was more openly broadcast two decades ago - state controlled TV, here we come.
Enjoy this freely; while you still can!!
Posted by curious at 19:45 No comments:

So, after a (well-publicised) last minute change of date, WORDAMOUTH went ahead at The Live Room on Monday night. Conspiring elements meant it was a predictably quiet night, but not one without high quality performance and an appreciative audience.
Captain of the Rant took the stage first and rattled through a 20 min set with his usual blend of well-observed critique and uncompromising wit. Next up was feature poet HKB Finn. Now, I remember Finn as a rapper, long before he moved into spoken word, and for me to be able to host Finn felt like I was paying back an overdue loan. True to form, Finn captivated the sparse audience with tales of travel, love, life and beyond. Finn is also a band member and performed with his Djembe for two pieces on Monday - one his; the other accompanying one of the open mic poets. It's not every performer who will participate beyond their booked duties so readily - props!
Unfortunately, Chris Syrus couldn't make it, but the 4 open mic poets filled the time and space admirably. In a night of first's WORDAMOUTH held it's first (and definitely last) SLAM!! Up for grabs was a copy of John Locke's, The Abuse of Words as well as a HKB Finn CD. Competition was furious and slightly hurried by the influx of late-night Sambuca seekers that flooded in after 11pm! After much deliberation and a couple of hours of myself and Funkhead Fred DJing 90's rave classics for the 'mad for it' crowd of local revellers that took over the venue (Xmas+free entry=WTF), the spoils were shared by Ardit and Nathan.
It was certainly a fun night, and with Alan Wolfson in attendance, an official poetry night! However, it was not the night I planned for and the Performer-Pundit ratio was way out of kilter due to iffy logistics and the date 'thing'. Still, props to the poets for doing a grand job and shouts to everyone who has, been to/planned to go to/tried to get to/talked about/served drinks/plugged in cables/printed flyers/blogged/liked and tweeted in support of WORDAMOUTH in 2010.
Next year there's big tings in the pipeline *pause* with WORDAMOUTH hitting Favela Chic on 8th Feb. There's no open mic at this one but top quality performance is definitely on the menu and then through the night with a poet-friendly DJ set from myself. Watch this space for more info.
Also WORDAMOUTH moves to a Sunday at The Live Room from January (dates tbc) as well as looking at exciting new venues/ventures in South London and Birmingham. Damn it feels good to see people up on it!!
peaCe
Posted by curious at 09:13 No comments:

peaCe
Posted by curious at 08:40 No comments:

HOLD UP!! WRONG DATE ADVERTISED: WORDAMOUTH NEW YEARS HOLD UP IS ON MONDAY 27TH DECEMBER 2010.
Posted by curious at 13:02 No comments:

A quick preview of the array of poetic talent performing at Wordamouth on 29th December. If you don't know, get to know and then get down to Palmer Green on the 29th and see them live.
Open mic will be 'emosh' as always, so get down early to sign up...
peaCe
Posted by curious at 02:51 No comments: 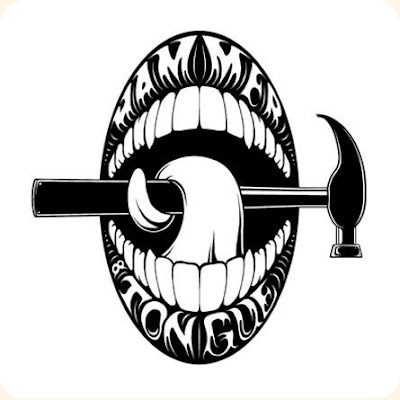 BBRRAAAP! curious adds another title to his name claiming a spot in the 2011 London Slam Finals.
Monday night saw the Green Note Cafe in Camden play host to a small but perfectly formed audience for Hammer&Tongue's final foray of 2010. The numbers may have been reduced but the vibes were big, fat and heavy in the place. World Slam champion and Yuke/Glok rockers Ian & Brad from Canada repped the North Americas hard with their folk/rap/poetry combos. Sick flows, deep content and a healthy splash of irreverence made this a hit with all that braved the 'Canadian' climate to reach.
Also, Captain of the Rant (Paul Case) rocked a tight and, dare I say, romantic set of poems that warmed the cockles of even the most cynical slam goers. Add to this mix, Michelle Madsen, Sophia Blackwell and a fine selection of slammers and December's Hammer&Tongue may have just sneaked the 'poetry jam of the year' award in the home straight.
Big shout to Angry Sam, Michelle Madsen, Sophia Blackwell and the Green Note crew for housing, hosting, 'promoting' and performing at, the best poetry night in London and bringing the art to the (mostly middle class, academic, affluent) masses.
NEWS: H&T National Finals featuring curious will be held in January at a London venue. More info when it exists...peaCe
Posted by curious at 02:25 No comments:

High class battling with some sickly tricky punchlines...
Posted by curious at 16:27 No comments:

Future Movement - interview for The Artruists

I was lucky enough to get this clip shot by Lara Akinnawo for her blog, The Artruists. Follow the link to her site and read the interview that accompanies this poem. This piece talks about the ridiculous state of our political institutions. Enjoy.
Big thanks to Lara.
Posted by curious at 14:51 No comments:

Wordamouth - Old to the New

BIG LOVE to everyone who came down to Wordamouth on 22nd November. The jam might not have been packed but the mic was busy all night. The enigmatic straight talk of Tim Wells was counter-pointed nicely by Charlie Dupre's rhythmic onslaughts and Swing-hop spitting. The open mic was live as usual. Stand-out for me was Nathan Guessask's tale of incarceration, but a shout goes out to Richard Marsh; Chip Grimm; Hayley Stevens and Catherine for representing lovely.
Here's the pics:
curious 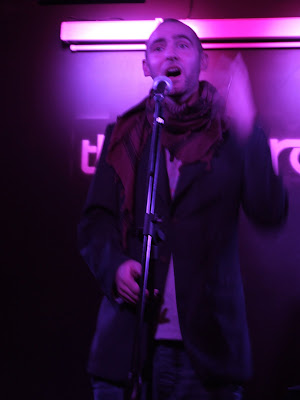 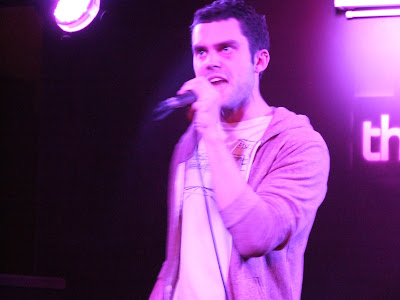 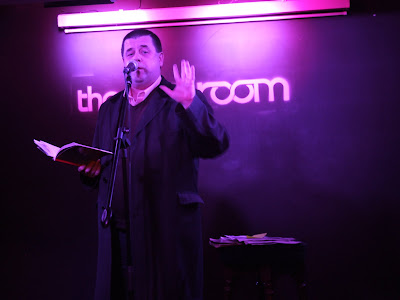 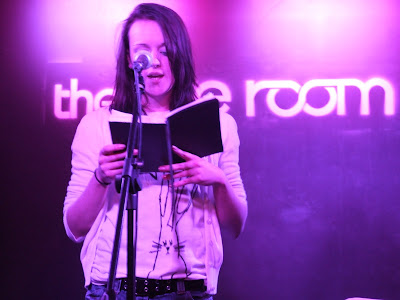 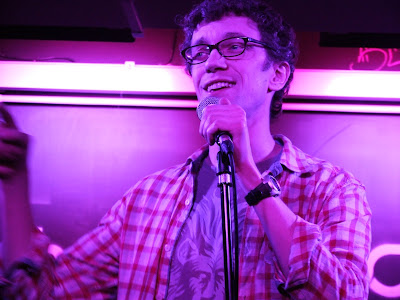 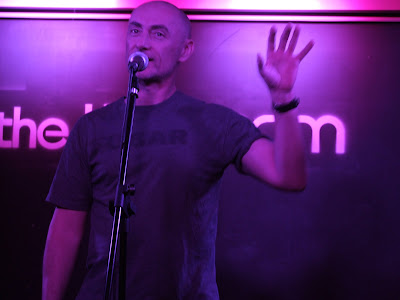 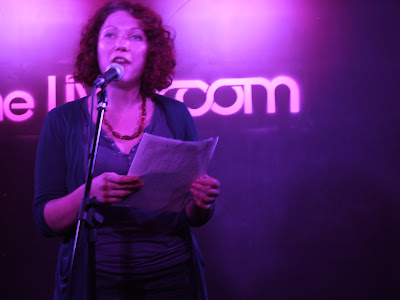 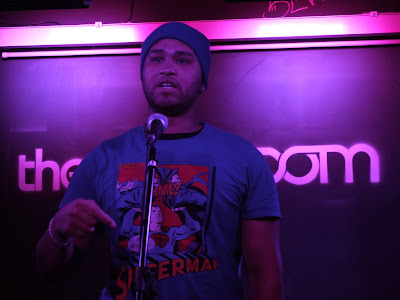 Still to come in 2010 is the Wordamouth New Years Hold Up at The Live Room on 29th December. Great line up for this one with, hip-hop spokenword supremo HKB Finn bringing his own brand of vibes; Paul Case aka Captain of the Rant will be spitting his use fire of satire and Prisoner turned poet, Chris Syrus brings his own guitarist to the party to get the party started with some positive movements. The mic will be open as ever, with the added bonus of a dj on stage for the MCs who want to drop on a beat or for those that just want to get their jam on...

2011 - Look out for more spoken word from Wordamouth as we plan a move out of North London towards a more central location as well as getting down with plans to set a sister night up in Birmingham, courtesy of Wordamout family member, Hayley Stevens. Nothing is finalised yet, but there's big ting a gwan for Wordamouth in the New Year, stay aware. peaCe
Posted by curious at 09:56 No comments: 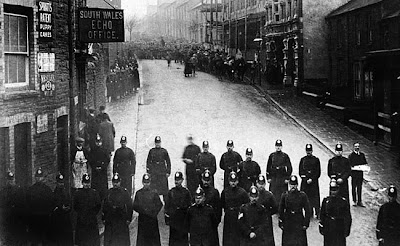 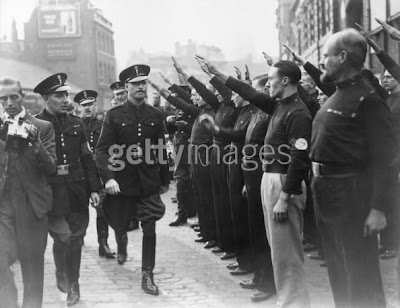 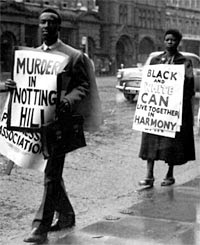 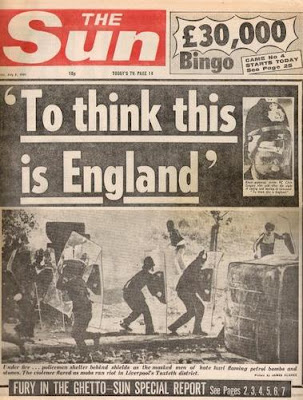 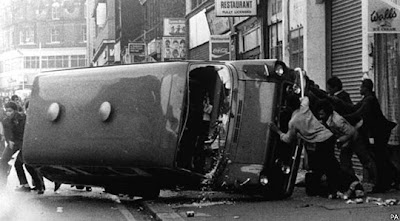 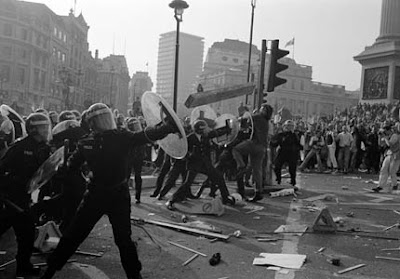 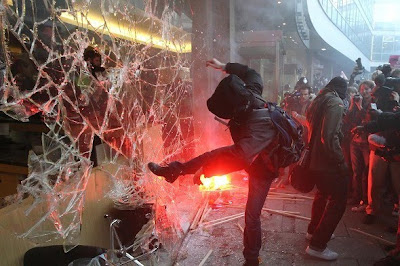 Also linked to last post, I got a new video clip up on YouTube. Its got 100 in the first week which is serious for me. If you haven't checked it yet, do so and leave me a comment on the YouTube page. PeaCe.
Posted by curious at 13:28 No comments:

Went down to this event and rocked the open mic. Brought home the crown for North Weezy! Going to be doing more work with the Restless Beings, no doubt. It was nice to be rocking a hiphop crowd too. Big!!
Posted by curious at 13:24 No comments: