ThinKingMix 2015 - New mix up on Mixcloud

Strictly for my Hip-hop heads! From the old to the new in just over an hour. Enjoy... 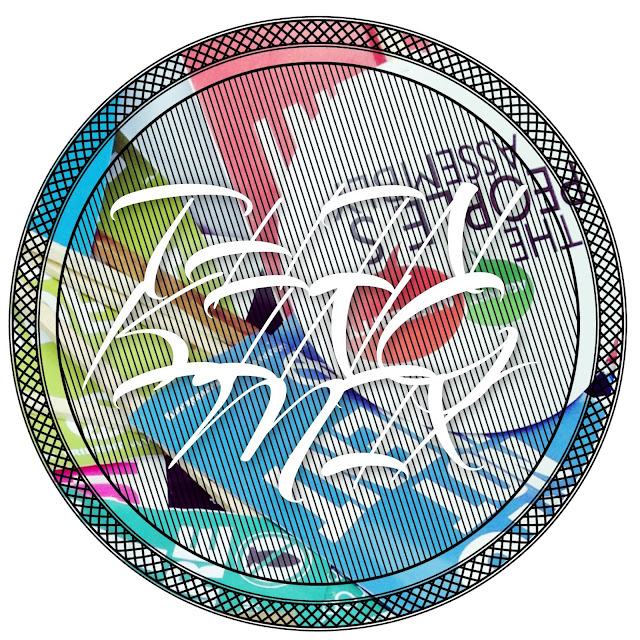 Click here to go to Mixcloud
Posted by curious at 11:05 No comments: 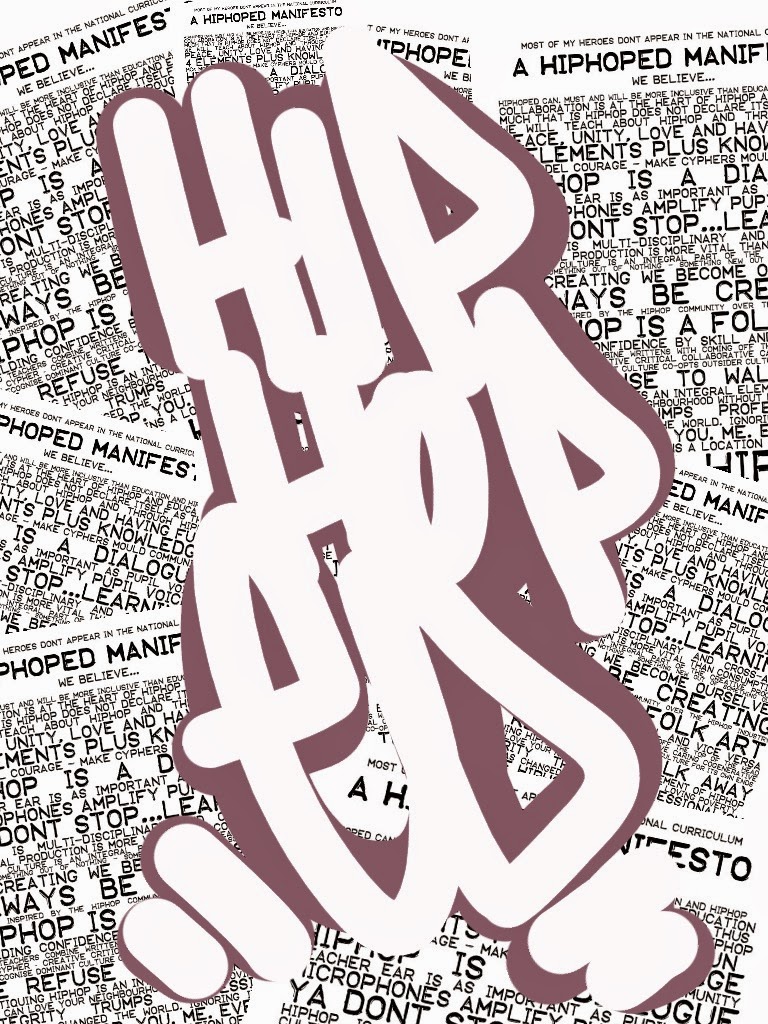 HipHopEdSoc: One of the best yet.

The small room adjacent to the student union bar was rammed with new and old faces alike. Over the past 3 years HipHopEd UK has grown from a series of Twitter chats into an ever-expanding network of artists, educators and academics. It was a great feeling to stand in front of so many people who I have got to know well through this HipHopEd journey as well as to speak to people I had never met before or who I had met outside of HipHopEd. This was the biggest group I have seen at a HipHopEd meeting and it is a testament to the strength of the work being undertaken as well as the enthusiasm of those who get involved with this work that our numbers are growing each time we meet.

This meeting was a little like returning to the start of a loop. As we have been collaborating on this project for 3 years now, we had moved a long way from our start point of sharing good practice and discussing its form, content and purpose. However, this meeting was a chance to revisit some of the fundamental experiences and ideas that brought many of us together in the first place.

Darren’s presentation on his school-based Power To The Pupils project reminded me of our first meeting. Then, as now, I was blown away by the depth and quality of this work, combining P4C with a rap club; a space for young minds to wrangle with big ideas, through the lens of Hip-hop. And as Hip-hop is older than many of these kids parents it is great to see a new generation learning about and through this culture by participating in the production of rich cultural artefacts.

Jeffrey’s presentation on his current English practice stood as testimony to the impact that HipHopEd continues to have on his teaching. Using Hip-hop as a frame, Jeff talked through the process of taking his secondary aged, free school students through the journey of writing an academic essay; taking their writing from the page to the stage as he spoke about turning their written words into epic pieces of spoken word poetry. This journey is sure to teach his students far more than how to write a good essay, For some it will be a journey of empowerment; for some a chance to exorcise some demons and for a few it will possibly be the start of a career in writing, performing and creating. With Jeff’s integrity, skill and passion, I am sure it will be a memorable learning experience for all involved.

I spoke rapidly about a less practice-based aspect of HipHopEd and returned to some of the ideas I learnt from attending David Kirkland’s lecture at the IoE (as it was then) 3 years ago. It was at this lecture that I first met Darren and a number of other teachers who would go on to form the core of HipHopEd UK. At the lecture Kirkland rapped through a thoroughly edutaining presentation that focused on the concept of multiple Englishes. This was where I first became aware of the idea of code-switching and where I first heard an academic speak in a form of English that seemed closer to the voices I heard in Hip-hop records than it did to that of the lecturers and professors I had met during my own education. It was here that I was given a tool with which to investigate my own practice and where I first began to make sense of my seemingly schizophrenic approach to language at school. I talked about the Hip-hop club I ran (Spit Club) and my experiences of working as a Behaviour Support Manager; two roles that required very different approaches to language in order to be successful. I spoke about battling and how I drew on that particularly competitive aspect of Hip-hop when I was in the Head’s office or in pre-exclusion meetings for many of the SEN students I taught, who faced exclusion from the mainstream school I work in; students who often arrived at school from complicated and deprived families and for whom school was just another institution that they didn’t feel comfortable in and did not trust. For me, one of the greatest aspects of HipHopEd, is that it helped me become aware of, and formalise, much of the implicit HipHopEd practice I was already doing. It has helped me develop that practice; place it more clearly within a cultural, historical and socio-political context, and to build my confidence in challenging many of the hegemonic ideas and practices of mainstream education, without anybody spitting bars or cutting a beat.

Dr Nathaniel’s presented his work on the Why is my curriculum white? campaign. He talked about his own experience of leaving Oxford University and realising that everything he had been taught was a lie; that the finest education this country can offer did little more than perpetuate racist myths about the civilisation, history and knowledge, under the moniker of a ‘classical’ education. Alongside Nathaniel, Kwesi Shaddai spoke earnestly about his work in supplementary schools and the space it gave to offer a broader and more nuanced education that could speak to young people under the radar of Ofsted and its governmental taskmasters.

Dr Ilana gave insight into the content and reasons behind SOAS developing its Global Hip-hop course. Again this was a story of including something that had previously been conspicuous by its absence; a decentring of western European cultural achievements as the pinnacle of civilisation.

Bharath spoke about his research and shared some insightful observation on the etiquette of the Hip-hop cypher. He spoke of the energy and mutual respect that was shared in these instances as well as the immediacy with which potentially harmful political and social views were shared and challenged. Listening to Bharath I could imagine a world where political debate could easily be conducted over a DJ Premier instrumental and where all parties voices could be heard and responded to fairly and honestly, regardless of gender, class or political affiliation; a far cry from anything you are likely to see in a televised debate during the run up to the general election.

After the presentations, we rearranged the room into a circle and began to share responses an observations with people around us. There were probably 50 people in attendance and as such, we started off sharing with the people we found ourselves sat next to. After these initial discussions we formed questions, and then we tackled a couple of them in the larger group. The debate was lively, as it always is at a HipHopEd meeting. With such a wide range of people with such differing experiences of both education and Hip-hop, there was plenty of disagreement around the role, place and purpose of Hip-hop in education. The debate, rather like Bharath’s description of the cypher, created its own boundaries. Mutual respect, turn-taking, listening and honest heart-on-sleeve sharing led to a vibrant and rich enquiry of the questions. A highlight of this was an exploration of the spectrum of implicit and explicit HipHopEd practice in regard to getting more good HipHopEd practice into schools. While some argued that HipHopEd was best placed outside of the mainstream, away from the beady eyes of the policy makers and Edu-shapers (my own term), others argued vehemently that the role of HipHopEd should be to ultimately infiltrate and change the mainstream school experience through a decentring of hegemonic British values; white/western ideologies and the development of critical thinking and creative, student-centred approaches to teaching, learning.

Attached to this debate was the question of whether or not to call HipHopEd by such a name when trying to infiltrate the mainstream. On this topic Iesha Small provided my favourite line of the night:

“Free schools sell themselves on a classical curriculum; a Hip-hop school sells itself on a critical thinking curriculum.”

As we approached the last 10 minutes, first time attendee and 3x UK Team beatbox champion The Human Radio sparked off the first official HipHopEd UK cypher. This gave ample opportunity for the MCs in the room to participate and add their voices to the evening. One after another, participants left their chairs to prowl the inner circle spitting freestyles and written bars. Reveal stepped up first and reminded us all just why he is so highly rated as an MC as well as a developing academic machine-gunning through a dense and lengthy verse. Jeffrey and Darren both added their voices to the cypher showing that there is no dividing line between teacher and artist; it is quite possible and indeed desirable to wear both those hats. Props to everyone who gave their voice to the cypher. This was a perfect end to an inspiring and energetic night that saw HipHopEd add another feather to its Kangol and a whole new set of bright, enthusiastic and important voices join the HipHopEd family!

Many thanks to all who attended! Stay tuned for details of future HipHopEd events.