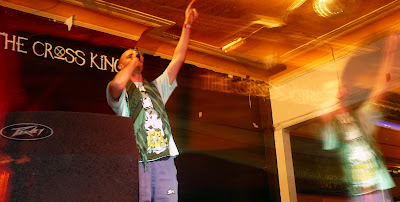 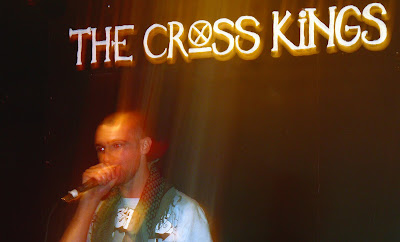 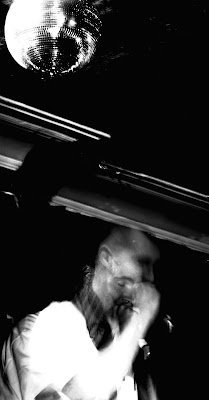 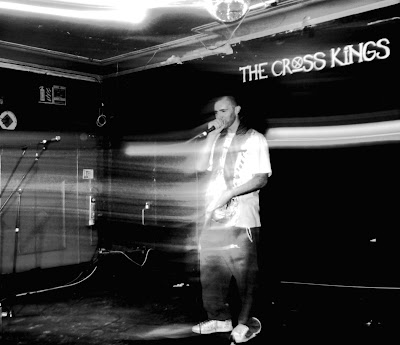 Easy people! Last night I was spitting at a Workers liberty Solidarity benefit gig. A strange cocktail of underground British Hiphop and Extremist left-wing politics. I tried to hit it from both angles with some spoken word and into a more party vibe with a version of 'It Ain't Nothin'' over Dead Prez's hip-hop beat.
Also repping on the night from Brighton was Influx who came hard with some party jams and even a dark dubstep intro piece - sick! From the Endz was Angel MC, sick female poet who's been rockin' the scene for a number of years and Press1 who dropped some sick drunken bars that caught a few off guard - hard. Headlining was Sheffield's The Ruby Kid who dropped a tight set of accapella and straight up block rockin' hiphop.
The night was kinda smash proof but I caused a few cracks in the straight faces. Enjoy the pix courtesy of Highda (props are yours).
Props to Everyone who represented and to Marge and Dan for organising the event - hope you made some money and see you all at the next one!! 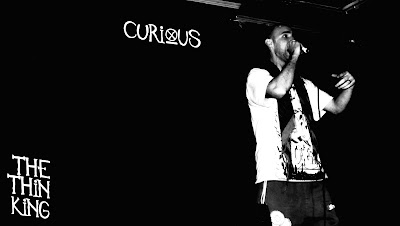